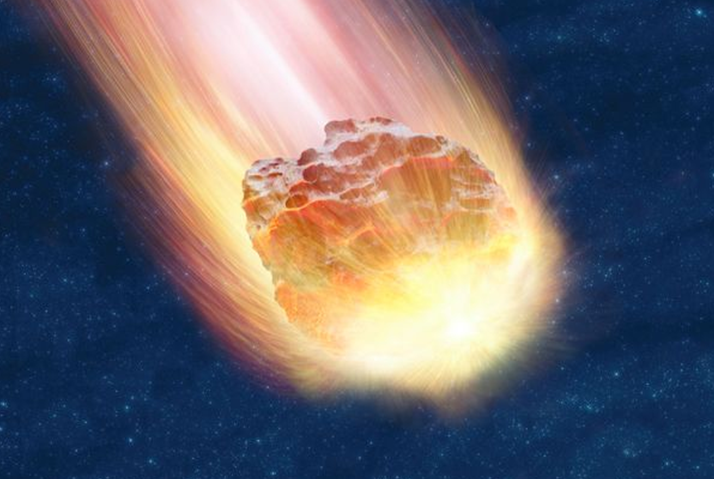 The CBSE syllabus includes detailed information about the Social Science subject and what are the chapters they are going to study under History, Social & Political Life and Geography.

CBSE Class 6  Social Science syllabus for 2020-2021 as per the guidelines of the NCERT.

When we live in a society, we become used to the world around us. We begin to take that world for granted. We forget that life was not always the way we see it. History can take us into these pasts. In Chapter 1, Class 6 History, you will learn how we have known about our past.

Chapter 2 of History deals with the earliest people who moved from place to place in the search of food. The chapter discusses many topics in detail, such as how we come to know about these people, how they start farming and herding etc. The chapter ends with the explanation of people’s journey from birth to death at Mehrgarh.

Chapter : 4 – What Books And Burials Tell Us – class 6 notes

You must have heard about the Vedas or must have seen old volumes of books in your library. Class 6 History Chapter 4 – What Books and Burials Tell Us, help you understand the types of Vedas and describe Rigveda in detail. At the end of the chapter, you will also know how burials help us in finding the social differences and lives of the people at that time.

One question might have struck your mind: how did men become rulers in the past? You will find the answer to this question after going through Class 6 History Chapter 5 – Kingdoms, Kings and an Early Republic. The chapter also discusses the Magadha and Vajji kingdoms in detail.

From Chapter 5, you know that some kings in the mahajanapadas were growing more powerful. New cities were developing, and life was changing in the villages. Many thinkers were trying to understand these changes in society. They also wanted to try and find out the true meaning of life. During this period, Buddha and Mahavira attained enlightenment and spread their knowledge and learning about the real meaning of life to common people.

Ashoka was one of the greatest rulers known to history and on his instructions, inscriptions were inscribed on pillars, as well as on rock surfaces. Before we find out what was written in these inscriptions, let us see why his kingdom was called an empire. To learn more about Ashoka, the Emperor, Who Gave Up War, students can refer to Chapter 7 of CBSE Class 6 History.

The use of iron began in the subcontinent almost 3000 years ago. Some of the largest collections of iron tools and weapons were found in the megalithic burials. Around 2500 years ago, there was evidence for the growing use of iron tools. These included axes for clearing forests and the iron ploughshare. Learn more about the related concepts of Vital Villages, Thriving Towns from Chapter 8 of CBSE Class 6 History.

Traders, Kings and Pilgrims Chapter 9 talks about traders, kingdoms along the coasts, silk route, the spread of Buddhism, pilgrims and beginning of Bhakti. About traders, students will get to learn how traders used to carry fine potters from the places they were made, how new routes were explored by them, etc. New kingdoms were set up along the coasts and how the silk route came into existence. How Buddhism was widely spread and at the conclusion, it describes the beginning of Bhakti.

After the downfall of the Mauryas, the Gupta dynasty emerged. This period is known as the Gupta Age. After the decline of the Gupta Dynasty, many small kingdoms arose and one such kingdom was Thaneshwara ruled by the Vardhana Dynasty. The greatest ruler of this dynasty was Harshavardhana. Then after the decline of Satavahans, the Chalukyas and the Pallavas came into prominence in South India. These South Indian kingdoms are well administered, and assemblies were also frequent among them.

Writing and Painting saw a significant development in India around 1500 years ago. In India, construction of temples was an expensive activity. In these temples, deities such as Vishnu, Siva and Durga were worshipped in these shrines. Ajanta is a place where several caves were hollowed out of the hills over centuries. During this period, some of the best epics were written. Puranas were written during this time, and Aryabhata wrote a book based on Science concepts. In Chapter 11 of Class 6 History students will learn the details mentioned above in-depth.

People are different from each other in many ways. Not just in looks, but they also belong to different regional, cultural or religious backgrounds. These differences enrich our lives in many ways. All these different people, who come from different backgrounds and belonging to all kinds of religions and cultures help to make India so interesting and diverse. What does diversity add to our lives? How did India become like this? Are all kinds of differences a part of diversity? Can diversity also be a part of unity? Learn the answers to these questions from Chapter 1 of CBSE Class 6 Civics.

Sometimes people who are ‘different’ from others are teased, laughed at or not included in a certain activity or group. These people feel hurt, angry, helpless or sad when friends or others treat them in such ways. Have you ever wondered why this happens? In Chapter 2 of CBSE Class 6 Civics, students can explore how such experiences are related to the society they live in. They can also look at how they are connected to the inequalities that exist around them.

Chapter 3 – What is Government? – Class 6 Notes

“Key expectations from Modi Government after years of Turbulence: Union Budget 2020”, is a headline that is splashed across a newspaper. You may have come across many such headlines daily across various magazines and newspapers. However, have you wondered what a government is and the important role that it plays in your lives? What do governments do? How do they decide what to do? What is the difference between different types of governments such as monarchies and democracies? If you want to get a comprehensive idea about the types of Government and its functions, read Chapter 3 of CBSE Class 6 Civics.

A Government is needed for every country to make decisions and get things done ranging from decisions about where to build roads and schools, or how to reduce the price of onions when they get too expensive or ways to increase the supply of electricity. They also take actions on social issues and other important things like running postal and railway services. In the meantime, the Government is also in charge of protecting the boundaries of the country and maintaining peaceful relations with other countries. Also, at the time of any calamity, it is in charge of organising aid and assistance for the affected people.

Read about some of the key elements that influence the working of a democratic government, which include people’s participation, the resolution of conflict and equality and justice from Chapter 4 of CBSE Class 6 Civics.

What happens after people elect their representatives? How are decisions made? Look at how this takes place in rural areas from Chapter 5 of CBSE Class 6 Civics. The Chapter also discusses Gram Sabha, which is a meeting where people directly participate and seek answers from their elected representatives.

There are more than 6 lakh villages in India. Taking care of their needs for water, electricity, road connections is not a small task. In addition, land records have to be maintained and conflicts also need to be dealt with. Large machinery is in place to deal with all this. In Chapter 6 of CBSE Class 6 Civics, students can take a look at the work of two rural administrative officers in some detail.CBSE Syllabus for Class 6 Social Science for Academic Year 2020-2021

A city, much bigger than a village and more spread out has crowded markets, many buses and cars, water and electricity facilities, traffic control and hospitals. Who is responsible for running all this? How are decisions made? How is planning done? Who are the people who do all the work? Students can learn some answers to these from Chapter 7 of CBSE Class 6 Civics.CBSE Syllabus for Class 6 Social Science for Academic Year 2020-2021

Look at the various ways in which people earn their living in villages. Also, examine whether people have equal opportunities to earn a living. Students can also go on to find similarities in their life situations and the problems that they face from Chapter 8 of CBSE Class 6 Civics.CBSE Syllabus for Class 6 Social Science for Academic Year 2020-2021

There are over 5000 towns and 27 big cities in India like Chennai, Mumbai, Delhi, Kolkata and so on. Over a million people are living and working here. They say that ‘the city never sleeps!’ What work do people do in the city? Are they employed by someone or are they self-employed? How do they organise themselves? And do they have similar employment and earning opportunities?

Chapter 1 – The Earth in the Solar System – Class 6 Notes

Earth is the third planet from the sun and the only planet to have an atmosphere containing free oxygen, oceans of water on its surface and life. In the solar system, Earth is the fifth largest of the planets. The Sun, the eight planets and their moons, smaller planetary objects such as dwarf planets, comets and meteoroids together make up our solar system.

A globe is a spherical model of Earth. It serves purposes similar to some maps. A model globe of Earth is called a terrestrial globe. A model globe of the celestial sphere is called a celestial globe. Latitude is a measurement on a globe or map of location north or south of the Equator. It is measured starting from an imaginary north-south line called the Prime Meridian. Longitude is a measurement of location east or west of the prime meridian at Greenwich. Latitude is an angle, which ranges from 0° at the Equator to 90° at the poles.

A map is a visual representation of an entire area or a part of an area, typically represented on a flat surface. Maps represent various things, like political boundaries, physical features, roads, topography, population, climates, natural resources and economic activities. There are three components of Maps – distance, direction and symbol. Maps are classified according to scale, content, or derivation.

A map is a visual representation of an entire area or a part of an area, typically represented on a flat surface. Maps represent various things, like political boundaries, physical features, roads, topography, population, climates, natural resources and economic activities. There are three components of Maps – distance, direction and symbol. Maps are classified according to scale, content, or derivation.

A landform is a natural feature of the solid surface of the Earth. Examples include Mountains, Plateaus, and Plains. Mountains are classified into different types based on their mode of transformation: Fold Mountains, Block Mountains and the Volcanic Mountains. A plateau is an elevated area with a more or less levelled land on its top. A plain is a low-lying relatively flat land surface with a very gentle slope and minimum local relief.

India is a country of vast geographical expanse. In the north, it is bounded by the lofty Himalayas, the Arabian Sea in the west, the Bay of Bengal in the east and the Indian ocean in the south. India is the second-most populous country in the world. In terms of area, it is the seventh-largest country in the world.

In India, the climate and vegetation vary a lot when you go from the Himalayas to the Thar desert to the forests of West Bengal. The climate of India is recognised in four types, winter, summer, rainy and monsoon. Different types of natural vegetation are dependent on different climatic conditions. Indian forests are home to a variety of species of animals and a large variety of reptiles, amphibians, mammals, birds, insects and worms, which dwell in the forest.