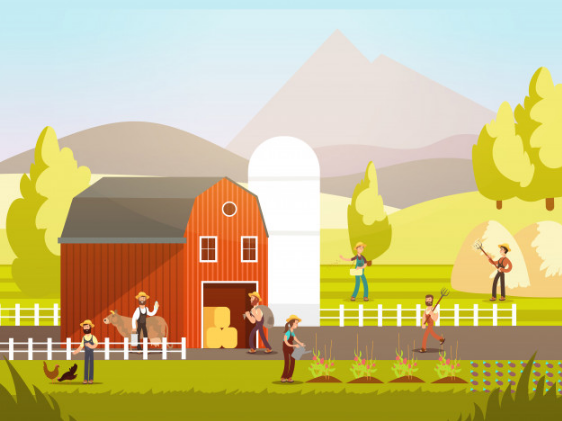 Chapter 9 helps in understanding the trade and traders, new kingdoms along the coasts, the story of the Silk Route, the spread of Buddhism, the quest of the pilgrims and the beginning of Bhakti. The exercise contains 8 questions and the answers to them are provided in the solutions PDF.CBSE Notes Class 6 History Chapter 9 Traders Kings and Pilgrims

South India was known for its gold, spices, especially pepper and precious stones. South Indian pepper was very popular in the Roman Empire and was known as the Black Gold.

In the course of their trading activities, traders explored many sea routes. Other traders reached the western coast of the subcontinent from East Africa or Arabia, sailing during the South-West monsoon.

The Sangam Literature talks about Muvender, meaning three Chiefs—the Cholas, Cheras, and Pandyas. They were powerful around 2300 years ago.

The Satavahana dynasty emerged after 200 years and was powerful in Western India. An important ruler of this dynasty was Gautamiputra Shri Satakarni.

Techniques of making silk were first invented in China around 7000 years ago. The Chinese went to distant lands carrying silk with them. The paths they followed came to be known as the Silk Route.

Some of the rulers of the earlier times tried to control the Silk Route for collecting taxes, tributes and gifts brought by the traders. The Indian rulers who controlled the Silk Route were the Kushanas.

The Kushana ruler Kanishka, who ruled around 1900 years ago organised a Buddhist Council. Ashvaghosha, a poet, composed a biography of the Buddha known as Buddhacharita.

A new form of Buddhism, ‘Mahayana Buddhism/ developed and spread throughout Western and Southern India and southeast words to Sri Lanka, Myanmar, Thailand and Indonesia.

Traders journeyed to distant lands in caravans and ships. With them, pilgrims often travelled. Well-known Chinese Buddhist pilgrims are Fa Xian, Xuan Zang and I-Qing. They left accounts of their journeys.

The word Bhakti (Sanskrit term ‘bhaj’) means ‘to divide or share.’ It suggests an intimate, two-way relationship between the deity and the devotee. Bhakti is directed towards Bhagwat.

The Northern Black Polished ware was fine pottery which included bowls and plates. They were carried by the traders from the places where they were made and were sold at other places.

South India was famous for gold, spices, especially pepper and precious stones. Pepper was in great demand in the Roman empire. It was valued as black gold there. Traders carried these goods to Rome in ships and in caravans.

Traders discovered several sea routes. They took advantage of the monsoon winds to make their journeys quick, easy and comfortable.

New Kingdoms developed along the coasts of the southern half of the sub-continent.

The Cholas, Cheras and Pandyas became powerful in south India around 2300 years ago.

Puhar or Kaveripattinam, the port or the Cholas and Madurai, the capital of the Pandyas were two important cities.

The chiefs of the three ruling families demanded and received gifts from the people. They also collected tribute from neighbouring areas. They kept some of the wealth and distributed the rest amongst their supporters.

China invented the technology of making a site around 7000 years ago. While the methods were kept a secret for many years, some people from China who went to distant lands carried silk with them. The paths they followed came to be known as the Silk Route.

The knowledge of silk spread far and wide. Rulers and rich people in Rome began to wear silk.

The Kushanas rulers controlled the Silk Route. They ruled over central Asia and north-west India around 2000 years ago. Their two major centres of power were Peshawar and Mathura. They also ruled Taxila.

The credit of the spread of Buddhism goes to Kanishka, a Kushan ruler. He organized a Buddhist council where scholars met to discuss various matters.

A new form of Buddhism, i.e. Mahayana Buddhism developed. Now Statues of the Buddha were made.

Bodhisattvas were supposed to be people who had attained enlightenment.

Buddhism spread throughout Central Asia, China and later to Korea and Japan. It spread to western and southern India too. It also spread to Sri Lanka, Myanmar, Thailand, etc.

The worship of Shiva, Vishnu and goddesses like Durga became popular with Hinduism. These deities were worshipped through Bhakti, which means a person’s devotion to his or her chosen deity. No one was barred from following the path of Bhakti.

It is a Tamil word meaning three chiefs, used for the heads of three ruling families, the Cholas, Choras and Pandyas.

Literally it means the route leading to the south.

The paths through which the traders carried silk are known as silk routes.

These were supposed to be persons who had attained enlightenment.

It means a person’s devotion to his/her chosen deity.

Man and woman who undertake journeys to some sacred places to offer prayers.