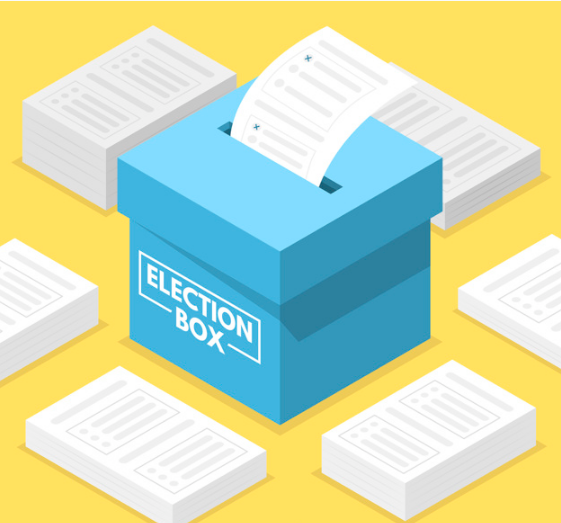 The earliest democracy in the world began with the work of a man named Cleisthenes (also considered as the father of democracy), in Athens, in 510 BC. Students can learn in detail about the Key Elements of a Democratic Government from Civics Chapter 4 of Class 6.

The people play an important role in the proper functioning of a democratic government, which includes elections as well as the working and decision-making responsibility of the government.

In a democracy, people cast their vote to elect their representatives, who take decisions on behalf of the people. The government is elected for a period of five years in India.

People express their views in many ways like dhammas, strikes, rallies and signature campaigns, e.g., Activists of the Bhartiya Kisan Union staged a demonstration at the Mini Secretariat to protest against the power shortage during the paddy transplantation season.

Suppose, if a religious procession and celebrations lead to conflicts, the government, particularly the police play an important role in getting the representatives of the concerned community to meet and try to arrive at a solution.

The key idea of a democratic government is its commitment to equality and justice. The minority communities were denied many facilities. Dr Ambedkar realised that such practices must not continue and justice can be achieved only if people are treated equally.

In South Africa, we can find people of several races — black native people, whites and Indians.

The country was governed by apartheid laws. Apartheid means separation on the basis of race.

South African people were divided into white, black, Indian and coloured races and apartheid laws prevented them from getting mixed with each other.

Non-white had to face several distinctions. They were not allowed to vote. Neither they availed other basic privileges.

Hence, the African National Congress started a struggle against the apartheid system under the leadership of Nelson Mandela.

Nelson Mandela fought for several years. Finally, South Africa became a democratic country in 1994. Now, there is no apartheid there and people of all races are considered equal.

There are fixed periods for the governments that are elected. In India, once the government is elected, it can stay in power for five years. Thus, people participate in the process of government by using their voting rights.

People also participate by taking an interest in the working of the government and by criticising it when required.

People also participate by organising themselves into social movements and seek to challenge the government and its functioning.

The government plays a major role in resolving the conflicts if they occur among people of different cultures, religions, regions, etc.

Religious processions and celebrations can sometimes lead to conflicts. Rivers can also become a source of conflict between states.

Equality and justice are key elements of democracy.

The practice of untouchability is now banned by law in order to bring equality and justice in society.

The government also takes steps to bring girl child on an equal level with a boy child.

It refers to the system under which separation is practised on the basis of race.

One of the main groups that humans can be divided according to their physical differences, for example, the colour of their skin.

The person elected through people’s voting right to take part in the system of governance.

People’s involvement in the process of government.

Differences between people of various castes, cultures or creed. The conflict may arise in the name of region, religion, language, etc.

Solution of the conflict.