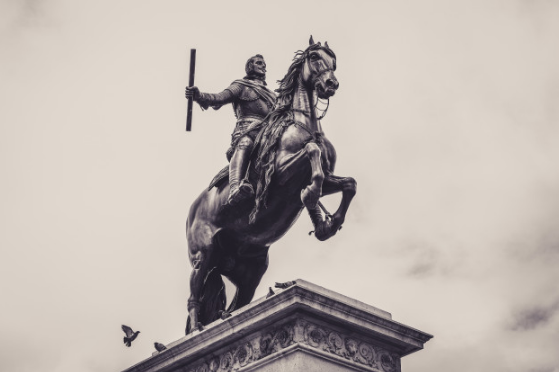 The chapter helps students understand how some men became rulers. The chapter describes in detail about janapadas, mahajanapadas, taxes, changes in agriculture around mahajanapadas time, how Magadha became the most important mahajanapada and at the end a close look to the Vajji.CBSE Notes Class 6 History Chapter 5 Kingdoms Kings and an Early Republic

The powerful kings who performed big sacrifices and later ruled larger territories termed as Janapadas. The term “Janapada” literally means ‘foothold of a tribe’. A Janapada could be a republic like Vajji or a monarchy like Magadha.

Later, Vedic texts like Samaveda, Yajur Veda and Atharvaveda mentioned certain rules about the society. There were different groups in the society such as priests and warriors, farmers, herders, traders, craftspersons and labourers.

The priests divided people into four groups called vamas. Each varna had different sets of functions.

In ancient India, some of the rajas were probably chosen by the Jana, the

people. Some changes regarding the election of the Raja took place around 3,000 years ago. Some men performed Ashvamedha sacrifice and came to be recognised as rajas.

This was the method of rule in early centuries where members of society met in assemblies and decided about administration through discussions and debates.

A Mahajanapada was usually ruled from its capital city. There was intense rivalry among the Mahajanapadas, resulting in frequent wars. Huge walls made of mud, stone, wood or bricks were used to fortify these capital cities.

Money was required by new rajas for building forts and armies. They started collecting regular taxes from the people. The tax could be paid either in cash or in kind.

Agriculture prospered in most of the Mahajanapadas as they were located in fertile areas. Two major changes came in agriculture. One was the increasing use of the iron plough. Secondly, people began transplanting paddy which led to increased production.

Around 3000 years ago, there were some new ways of choosing ‘rajas’. Some men became ‘rajas’ by performing big sacrifices. One of such rituals was ‘ASHVAMEDHA’ (horse sacrifice). The ‘raja’ was an important figure.

Kingdoms were usually called the ‘Janapadas’, which were ruled by the ‘rajas’. People lived in huts and kept animals. They grew a variety of crops.

Some ‘janapadas’ later became more important than others, and they were called ‘Mahajanapadas’. The capital cities were fortified.

The ‘rajas’ needed resources to build forts and to maintain armies. Officials were supposed to collect taxes from people. Taxes were in the form of crops, labour, animals and their produce, etc.

There were changes in agriculture too. The use of Iron Ploughshares increased, thus enhancing grain production. People started transplanting paddy. This also increased production.

The two powerful rulers of Magadha, Bimbisara and Ajatasattu used all possible means to conquer other ‘janapadas’. Rajagriha was the capital of Magadha. Later it was Pataliputra (now Patna).

Vajji was another kingdom with its capital at Vaishali (Bihar). It had a different form of government called ‘gana’/‘sangha’, which had not one, but many rulers. These rulers performed rituals together and met in assemblies. Buddhist books depict life in the ‘sanghas’.

‘Rajas’ of powerful kingdoms tried to conquer the ‘sanghas’.