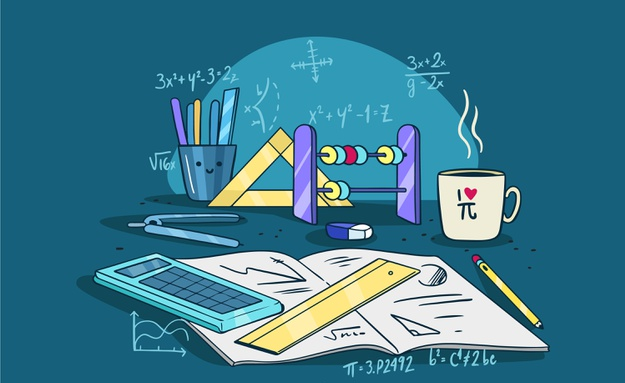 The table below shows the chapter names and topics under each chapter. Students can find all these chapters in NCERT Class 6 Maths textbook. It is recommended that students study from the NCERT textbook as it follows the CBSE pattern and covers the entire syllabus.CBSE Class 6 Maths Syllabus 2020 -21

Also, the annual exam question paper is prepared from NCERT textbooks. In the table below we have given the links to some of the topics.

A number is a mathematical value used to count and measure different objects. With the help of the numbers we all are able to add, subtract, divide and multiple. Here we will be learning how to compare numbers, expand the number and also learn about the largest and the smallest numbers.

Roman numerals and the Hindu-Arabic numeral system are the two different types of number system used for writing numbers in many places. We all can see the roman numerals in clocks, page numbers, school timetable in syllabus page, etc.

A number is defined as an arithmetical value, expressed by a word, symbol, and figures. These numbers can be written in single digits, double digits, three-digits in the generalized form.

A number system is a system of writing for expressing numbers. According to the number system, the different types of a number includes:

Basic geometrical ideas class 6 notes covers all the important concepts included in this chapter along with examples and practice questions. These CBSE class 6 chapter 4 notes will not only help the students to learn the concepts more easily but will also help them to revise this chapter more effectively.

In this chapter, several important geometric terms are included which hold extreme importance in the later grades. The topics that are introduced not only will help students to build a foundation in geometry but will also help them to grasp the higher-level concepts in the later grades easily.

The main topics covered here are-

Understanding elementary shapes class 6 notes is one of the handiest resources for the students studying in CBSE class 6. These notes are given in a simple and concise way and are easily understandable. These chapter 5 maths notes will not only help class 6 students to learn various important topics from this chapter easily but will also help them to revise efficiently.

This chapter mostly deals with the measuring of line segments, about angles and its types, about triangles and their classifications, polygons, quadrilaterals, and solid shapes.

You unconsciously see and use data in your day to day life.

Data is a collection of information gathered by observations, measurements, research or analysis. They may consist of facts, numbers, names, figures or even description of things. Data is organized in the form of graphs, charts or tables. There exist data scientists who do data mining and with the help of that data analyse our world.

Mensuration is a branch of mathematics which is a topic in Geometry. It is a study of various geometrical shapes, their length, breadth, volume, and area for 2D as well as 3D shapes.

Algebra is a branch of mathematics that can substitute letters for numbers to find the unknown. It can also be defined as putting real-life variables into equations and then solving them. The word Algebra is derived from Arabic “al-jabr”, which means the reunion of broken parts.

Mathematical numbers used in comparing two things which are similar to each other in terms of units are ratios. A ratio can be written in three different ways viz, x to y, x: y and x/y  but read as the ratio of x to y.

Comparing things similar to each other is the concept of ratio. And when two ratios are the same, they are said to be in proportion to each other. It is represented by the symbol ‘::’ or ‘=’.

Practical geometry is an important branch of geometry which deals with the study of the size, positions, shapes as well as dimensions of objects.

Whether you have to draw a line segment or measure it, draw a circle or arcs, draw an angle, etc. It can easily be possible with the help of geometrical tools. Let us discuss the various geometrical instruments used in practical geometry.