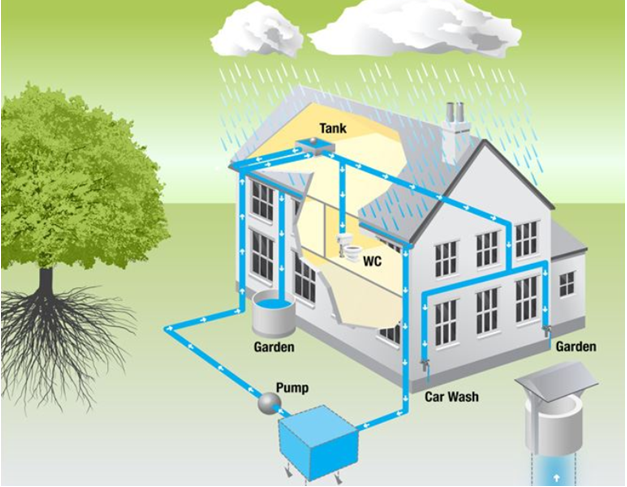 Learn from School Connect Online in this chapter we will learn about Water as Water is precious, fundamental and the most essential substances required for the existence of life on earth. Water is found naturally, abundantly on our planet earth.

The different topics covered in CBSE Class 6 Science Chapter 14 are tabulated below:

We all use water for different purposes, which includes everyday household uses, including :

for other domestic, irrigating,  cultivating the crops and industrial requirements.

Thus, water is required for many activities, therefore it is an essential element required for the continuity of life on the planet.

In this process, the water on the earth changes into three different states of matter :

The complete process of the water cycle involves the following process:

Groundwater: The groundwater is actually rainwater which mainly comes from seepage of water, accumulated under the ground.

In case of continuous rains, the water level of rivers, lakes and ponds will rise. The soil surface will get laden with water resulting in flood. Consequences of flood: When the soil gets too much water, air in the soil comes out of it. Due to lack of air, the animals living inside the soil also come out of it. Heavy rainfall also results in the loss of crops due to flood.

If it does not rain for a year or more at a place, the soil will lose its water by evaporation and become dry. Water will also be lost through the transpiration process from the plants. Rivers, ponds and wells will dry and the water table would lower down. All this will affect the humans, animals and wild plants. If it continues for one or two years consecutively, it results in drought.

Transpiration: The release of water vapour into the atmosphere through the leaves of plants is called transpiration.

Drought: Abnormally long period of insufficient or no rainfall is called drought.

Famine: Lack of food in a region for a long period is called famine.

Flood: A condition when the ground becomes submerged under water, due to heavy rain and overflowing of rivers is called flood.

Epidemic: A disease affecting thousands of people at the same time is called an epidemic.

Dam: A structure built on a river to store and hold back water is called a dam.

Conservation of Water : Water management is the effective utilisation of water or managing the water resources carefully.