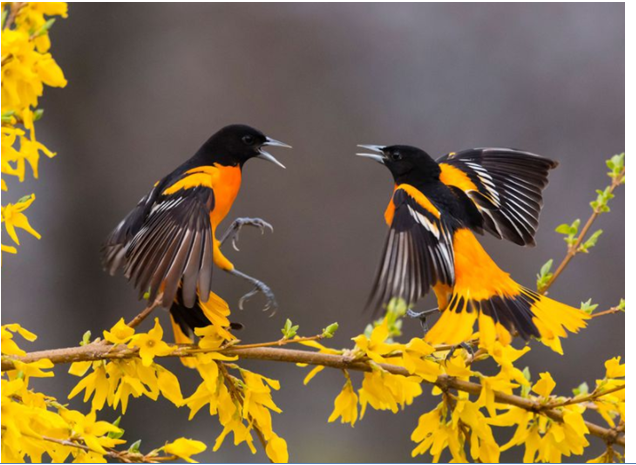 Learn from School Connect Online in this chapter we will learn about  Air,which is present all around us.Air Around Us Class 6 Notes Science Chapter 15

Air is a mixture of gases. The different components of air includes – 78% nitrogen, 21% oxygen, 0.9% argon, 0.04% carbon dioxide, and about 1% water vapour. Air plays an important role in breathing and burning.

The different topics covered in CBSE Class 6 Science Chapter 15 are tabulated below:

Air is present all around us. We cannot see the air around us but we can feel its presence when the leaves rustle or branches sway.

Ex : 15.3 –  How Does Oxygen Become Available To Animals And Plants Living In Water And Soil?

Plants have tiny pores called stomata, found on the underside of a leaf.

Air containing carbon dioxide and oxygen enters the plant through these openings where it gets used in photosynthesis and respiration.

All animals need to respire, be it a cockroach, a fish, or an elephant. It is just that they use different organs and mechanisms for respiration.

Most aquatic animals like fish, tadpole, crab, and shrimp have special organs for respiration called gills. Gills help to take in oxygen and give out carbon dioxide. Some aquatic animals like dolphins and whales come to the surface of the water regularly to take in air, since they breathe with the help of the lungs.Aquatic plants like Hydrilla also breathe in oxygen dissolved in water through their stomata.

Amphibians like frogs, newts, and salamanders need breathing systems for both air and water. Crocodiles and alligators swim through water with part of their snout above the water surface to breathe easily through nostrils.

Birds have an efficient respiratory system as they need high levels of oxygen during flight. Birds have a pair of lungs with air sacs that remain open all the time, so that air can easily pass through them.

Most mammals breathe with the help of lungs. They take in oxygen and give out carbon dioxide.