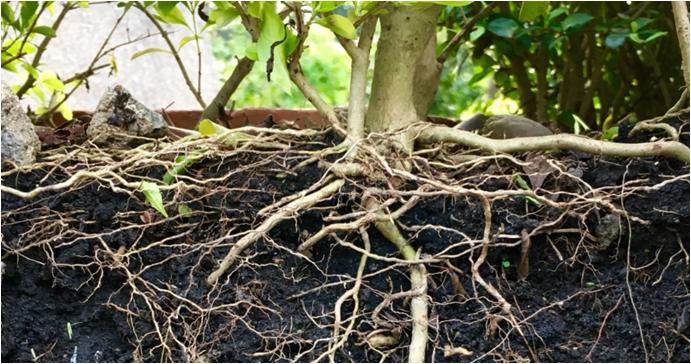 Students must refer to the syllabus every time whenever they study. It will help them in knowing the topics that they have to study.

Chapter 7: Conservation of Plants and Animals

Chapter 10: Reaching the Age of Adolescence

Chapter 17: Stars and The Solar System

Chapter 18: Pollution of Air and Water

Crops are plants grown by the farmers. Agriculture plays a very important role in the Indian economy. It is the backbone of our country. 70% of the Indian population depends on agriculture for food and money. It is the major occupation in the rural areas. The cultivation of crops depends primarily on the weather and soil conditions.

If you observe a drop of water in a pond through a microscope, you will see a lot of tiny rounded structures. These tiny creatures are known as microbes or microorganisms. They are all around us and are so small in size that they cannot be seen with bare human eyes. Microbes are classified into four groups as:

Everything around us is categorized into either metals or non-metals. Hence, it is important to know what nonmetals and metals are and how to distinguish them. Class 8 Science Chapter 4 discusses the various physical and chemical properties of metals and non-metals.

Energy can be extracted from natural resources in many forms, and it can be transferred from one body to another in the form of heat or work.

Energy is essential to life and all living organisms. The sun, directly or indirectly, is the source of all the energy available on Earth. In Physics, energy is a quantitative property that must be transferred to an object in order for it to perform work. Hence, we can define energy as the strength to do any kind of physical activity. Energy is a conserved quantity and the law of conservation of energy states that energy can neither be created nor destroyed but can only be converted from one form to another. The SI unit of energy is Joule.

But isn’t Oxygen the most abundant substance on Earth? Doesn’t it combine with most of the elements? But surely, not all reactions can be said to be similar to this process. Even many people believe rusting of Iron is a similar process as rusting involves iron combining with oxygen giving off heat.

Cells are the fundamental structural units of living organisms and the basic units of life.

Robert Hooke discovered the cell in the year 1665 from a thin section of cork under a self-made microscope.

Reproduction is a process by which one organism produces offspring. It is one of the basic processes in all known life forms. Every organism we see around us is a direct result of reproduction.

Reproduction in animals and plants takes place in two ways:

The period of life, when the body undergoes changes, leading to reproductive maturity, is called adolescence. This is the time span in which the child develops into an adult.

In science, a push or pull of an object is known as force. The interaction between two objects arises force. Force has both magnitude and direction. The strength of a force is expressed in magnitude. Force brings about a change in the direction or state of motion of a body. In class 8 Science chapter 11, various characteristics of force along with the types of force are discussed.

When we throw a ball on the floor it starts moving with some velocity. But once it is rolled ideally no force is acting in the direction of motion and according to Newton’s first law the ball should keep on rolling but this does not happen. The ball stops after moving a certain distance so a force must be acting on it. That force is known as friction.

Sound plays an important role in our life. It is through sound we know that a period in school is over or if someone is approaching you by just listening to the footsteps. Vibrating objects produce sound. Vibration is the to and fro or back and forth movement of an object. Sound needs a medium to travel. Hence, it cannot travel in a vacuum.

The class 8 Science chapter 15 discusses natural phenomena: lightning and earthquakes, and the measures to be taken to minimize the destruction caused by these phenomena.

The world as we know is largely known through senses and the sense of sight is one of the most important senses. It is only when the light from an object enters our eyes that we see it. The light might have been either emitted by the object or reflected by it. Some of the important terminologies related to light are:

Light is the energy that enables us to see. Light is emitted from a source such as the Sun. The word usually refers to visible light, which is visible to the human eye and is responsible for the sense of sight.

In chapter 18 of class 8 Science, we study the harmful changes taking place in our surroundings and their effects on our lives. The substance that contaminates air and water are known as pollutants. Air gets polluted from natural sources, smoke and dust arising from forest fires or volcanic eruptions. Pollutants such as power plants and automobile exhaust and burning of firewood are man-made pollutants. Carbon dioxide, nitrogen oxides, carbon monoxide, methane and sulphur dioxide are the major pollutants of air. Increasing levels of carbon dioxide lead to global warming.CBSE Syllabus for Class 8 Science for Academic Year 2020-2021

CBSE Notes for Class 8 Science Free Download for All Chapters