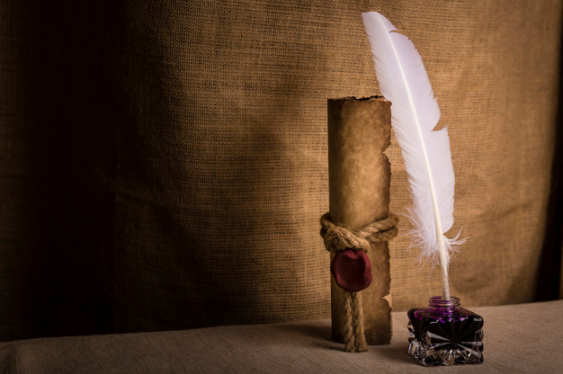 The subject of Social Science deals with human beings, their behaviour, growth and development, relationships, etc.

Our Pasts III Textbook for History for Class 8

History is about finding out how things were in the past and how things have changed. Earlier, History was synonymous with dates. CBSE Class 8 History notes for Chapter 1 – How, When and Where is all about dates and how important dates are when it comes to studying History. It gives students a brief idea about earlier History and how they used to specify dates according to their respective events.

Did you know that the British originally came as a small trading company and were reluctant to acquire territories? How then did they come to be masters of a vast empire? In this chapter you will see how this came about and also learn how East India Company came into power, how trade expanded, how new rules for business were implemented, and also about The Battle of Plassey, etc.

Ruling the Countryside Chapter 3 of Class 8 discusses how the Company came to colonise the countryside, organise revenue resources, redefine the rights of people, and produce the crops it wanted. This chapter further elaborates on the topics mentioned above with suitable examples, so that students can understand the concepts easily. The East India Company became the Diwan of Bengal, on 12 August 1765. As Diwan, the Company became the chief financial administrator of the territory under its control. The Company needed to administer the land and organise its revenue resources. It needed to be done in a way that could yield enough revenue to meet the growing expenses of the company.

In this chapter, students will read some of the questions related to Tribals, Dikus, etc. A few of the questions are: What problems did Birsa set out to resolve? Who were the outsiders being referred to as dikus, and how did they enslave the people of the region? What was happening to the tribal people under the British? How did their lives change?

Students of CBSE Class 8 can learn about policies and the people, peasants and the sepoys, fight between the Company and nawabs and rajas, etc. from Chapter 5 – When People Rebel.

This chapter tells the story of the crafts and industries of India during British rule by focusing on two industries, namely, textiles and iron and steel. Both these industries were crucial for the industrial revolution in the modern world. Mechanised production of cotton textiles made Britain the foremost industrial nation in the nineteenth century. And when its iron and steel industry started growing from the 1850s, Britain came to be known as the “workshop of the world”. The industrialisation of Britain had a close connection with the conquest and colonisation of India.

CBSE Class 8 History Chapter 7 – Civilising the Native, Educating the Nation will help students understand the implication British rule had on the lives of students. The British in India wanted not only territorial conquest and control over revenues. They also felt that they had a cultural mission: they had to “civilise the natives”, change their customs and values.

CBSE Class 8 Chapter 8 of History deals with the concepts related to Women, Caste and Reform. It explains elaborately about the condition of women, how people were discriminated against based on their caste, education for girls, the Non-Brahman movement, etc. This chapter will make students understand how things were different two hundred years ago.

After a long and difficult freedom struggle, India attained her Independence from British rule in 1947. However, this Independence came with the partition of the country. A new state of Pakistan was created with portions of Western and Eastern India. After Independence, a Constitution was framed, new states were formed, planning for the development of the country.

Resource and Development in Class 8 Syllabus

CBSE Class 8 Geography is discussed proficiently in Resources and Development textbook. The highlights of the book include topics such as Resources, Mineral and Power Resource, Industries, Human Resources and more, covered across 6 Chapters.

Observe the land, type of soil and water availability in the region you live in. See, how it has influenced the lifestyle of the people there. 90% of the world population occupies only 30% of the land area. The remaining 70% of the land is either sparsely populated or uninhabited.

A naturally occurring substance with a definite chemical composition is a mineral and they are not evenly distributed over space. Minerals are concentrated in a particular area or rock formations. A few of these minerals are found in areas, which are not easily accessible such as the Arctic ocean bed and Antarctica. Minerals are also formed in several types of geological environments, under varying conditions. They are created by natural processes without any human interference. They can be identified on the basis of their physical properties such as colour, density, hardness and chemical properties such as solubility.

The word agriculture is derived from the Latin words “ager” or “agri” meaning soil and culture meaning, cultivation. Agriculture is a primary activity that includes growing crops, fruits, vegetables, flowers and rearing of livestock. In the world, 50% of persons are engaged in agricultural activity. Two-thirds of India’s population is still dependent on agriculture.

Have you ever given a thought to the fact that the notebook you use for writing has come to you after a long process of manufacturing? It started out its life as part of a tree, which was then cut down and transported to the pulp mill, where the wood of the tree was processed and converted into wood pulp. The wood pulp was mixed with chemicals and finally changed into a paper by the machines. Secondary activities or manufacturing change raw materials into products of more value to people. For example, see how pulp was changed into paper and paper into a notebook. These represent the two stages of the manufacturing process. Meanwhile, Industry refers to economic activity that is concerned with the production of goods, extraction of minerals or the provision of services. Thus, we have the iron and steel industry (production of goods), the coal mining industry (extraction of coal) and tourism industry (service provider).

The Government of India has a Ministry of Human Resource Development. The Ministry was created in 1985 with an aim to improve people’s skills. This just shows how important people are as a resource for the country. Human resources, like other resources, are not equally distributed over the world. They differ on a range of levels, such as their educational levels, age and sex. Their numbers and characteristics also keep changing.

Have you ever wondered why we need a Constitution or been curious about how the Constitution gets written, or who wrote it? In this chapter, you will get the answers to these questions. Also, you will learn the key features of the Indian Constitution.

Members of one religious community either persecute or discriminate against members of other religious communities. These acts of discrimination take place more easily when one religion is given official recognition by the State at the expense of other religions. All forms of domination related to religion should end. This is the essence of secularism.

In this chapter, you will learn how Parliament enables citizens of India to participate in decision making and controlling the government. Thus, it makes the most important symbol of Indian democracy and a key feature of the Constitution.

By now, you must have known that the Parliament is in charge of making laws. Class 8 Civics Chapter 4 – Understanding Laws you will find the answers to questions such as Do laws apply to everyone? How do new laws come into being? Could there be laws that are unpopular or controversial? What should we as citizens do under such circumstances?

Laws apply equally to all people. A certain set of fixed procedures need to be followed when a law is violated. To enforce this rule of law, we have a judicial system that consists of the mechanism of courts that a citizen can approach when a law is violated. As an organ of government, the judiciary plays a crucial role in the functioning of India’s democracy. It can play this role only because it is independent.

What does it mean to get a fair trial? Ever heard of an FIR? Who is a public prosecutor? In Chapter 6 of CBSE Class 8 Civics, the process is well highlighted, along with the role of different individuals in the criminal justice system. Students can understand these processes and will also know that the role that different people play within the criminal justice system is crucial. After a person is arrested, it is a court of law that decides whether the accused person is guilty or not. According to the Constitution, every individual charged with a crime has to be given a fair trial.

To be marginalised is to be forced to occupy the sides or fringes and not to be at the centre of things. In the social environment too, groups of people or communities are being excluded. Reasons for marginalisation-different languages, follow different customs, belong to different religious groups from the majority community, they are poor, considered to be of ‘low’ social status and viewed as being less human than others.

Read about two different groups and their experiences of inequality and discrimination. Though powerless, such groups have fought, protested and struggled against being excluded or dominated by others. They have attempted to overcome their situation by adopting a range of strategies in their long history. Religious solace, armed struggle, self-improvement and education, economic upliftment – there appears to be no one way of doing things. In all cases, the choice of struggle has depended on the circumstances that the marginalised find themselves in.

Chapter 9 of CBSE Class 8 Civics use water as a primary example to discuss public facilities. It is important that the students understand quite clearly what is meant by the idea of public facilities and why the government needs to play a crucial role in their provision and, therefore, take overall responsibility.

To protect people from exploitation, the government makes certain laws. These laws try to ensure that the unfair practices are kept at a minimum in the markets. Many laws have their basis in the Fundamental Rights guaranteed by the Indian Constitution. For instance, the Right against Exploitation says that no one can be forced to work for low wages or under bondage. Similarly, the Constitution lays down “no child below the age of 14 years shall be employed to work in any factory or mines or engaged in any other hazardous employment.” How are these laws played out in practice? To what extent do they address the concerns of social justice?

CBSE Notes for Class 8 Civics Free Download for All Chapters

CBSE Notes for Class 8 Geography Free Download for All Chapters

CBSE Notes for Class 8 History Free Download for All Chapters