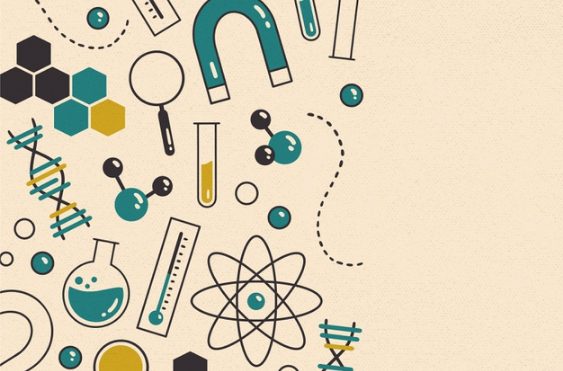 Physics is a very important resource for students of CBSE Class 11.  Physics is an interesting subject for the enhancement of analytical and problem solving skills.

The syllabus for Class 11 Physics is helpful for students. It provides information on topics, sub topics along with the marks distribution of all chapters.

Physics is the study of matter, basic principles and laws of nature along with their manifestations. The study of physics is mainly involved in the explanations of the diverse phenomena of its concepts.

Units and measurement which is given in class 11 physics textbook offer basic knowledge about how the quantities are measured and the types of units that are used with them.

Chapter 3 – Motion In A Straight Line

If an object changes its position with respect to its surroundings with time, then it is called in motion. It is a change in the position of an object over time. Motion in a straight line is nothing but linear motion. As the name suggests, it’s in a particular straight line, thus it can be said that it uses only one dimension.

Chapter 4 – Motion In A Plane

Motion in a plane is the motion in 2 dimensions, for instance, projectile motion, circular motion and so on. The reference to analyze a 2 Dimensional motion, will be the origin with two coordinate axes i.e X and Y.

The property of an object by virtue of which it cannot change its state of uniform motion along a straight line or rest on its own is called as inertia. It is the measure of the mass of a body. There are 3 types of inertia.

Work is the measurement of energy transfer that takes place when an object is displaced by an external force applied in the direction of the displacement.

The rate of doing work is called power.

The capacity for doing work is called Energy. It may exist in kinetic, potential, thermal, chemical, electrical, nuclear, or various other forms. The SI unit of energy is the same as that of work.

Rotation is what you achieve when you constrain a body and fix it along with a straight line. This means that the body can only turn around the line, which is defined as rotational motion. A ceiling fan, a potter’s wheel, a vehicle’s wheel are all examples of rotational motion.

When we talk about gravitation or gravity it is a naturally occurring phenomenon or a force which exists among all material objects in the universe.

All materials have an elastic limit beyond which, if continuous stress is applied, they will start losing their ability to exhibit perfect elastic behaviour and start deforming. In contrast, plasticity is the non-reversible deformation of solid materials on the application of forces.

Fluids are the substances which move or flow in a certain direction when an external force is applied to them. Fluids can be either gases or liquids. However, when we study fluids and their mechanical properties, we come across two topics namely hydrodynamics and hydrostatics.

By definition, matter or material is anything that has mass and occupies space. Everything we see around us is matter. For example, a water bottle is made up of plastic or any metal, both of which are examples of matter.

The matter has properties or characteristics, by which they can be identified. The major properties of materials can be categorized under:

Thermodynamics is concerned with the relationship between other forms of energy and heat. It explains how thermal energy is converted from other forms of energy. The energy coming from heat is termed Thermal energy. When the tiny particles within an object move, they generate heat, more heat is generated, when these particles move at a faster pace.

Oscillation is a measure of some repetitive variation, as a function of time. It can be measured with respect to a state of equilibrium. The most common and simplest example for oscillation is the motion of a simple pendulum.

We can witness four types of waves. They are: