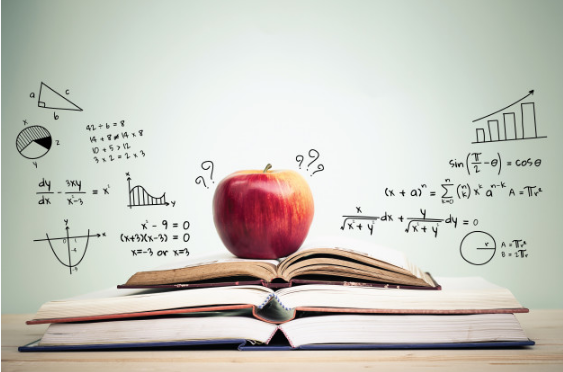 Class 12 syllabus includes a wide variety of topics and fundamental concepts which students should learn about and be well acquainted with in order to solve questions in the board exams as well as other competitive exams.

The term “electricity” is derived from Elektron, a Greek word meaning amber. The properties of matter, atoms and molecules are determined by the magnetic and electric forces present in them. There are also only 2 kinds of an entity called the electric charge.

The electrostatic potential is referred to the force which is external but conservative. It is the work done by an external force in bringing a charge s from a point r to a point p. It is the difference in the potential energy of charges between initial and final points.

Potential of a point is referred to the work done per unit charge in bringing a charge from infinity to a certain point.

Current is referred to the passing of charge through an area per unit time. For the maintenance of a steady flow of current, it is to be ensured that the circuit is closed and the electric charge is influenced by an external source which moves them from a lower to higher potential energy. The work done to per unit charge to move the charge is known as electromotive force or emf.

Inductance is defined as the ratio between the current and the flux-linkage, which is represented by ε.

In a circuit consisting of Alternating Current, the change in the current and the electromotive force can be seen with respect to time.

The laws of refraction and reflection are valid for all the surfaces and pairs of media at the point of incidences.

Like all the different types of light, the spectrum of visible light is absorbed and emitted in the form of tiny packets of energy called photons. These photons have both the properties of a wave as well as a particle.

Hence this type of property is called wave-particle duality and the study of light in the area of physics is known as Optics.

It is the phenomenon in which the electrons are emitted from the metal surface when the light is illuminated in a suitable frequency. The photoelectric effect is the conversion of light to electrical energy. It also follows the law of conservation of energy and is an instantaneous process.

Atoms are made up of the same amount of negative and positive charges. In Thomson’s model, atoms were described as a spherical cloud of positive charges with embedded electrons. In Rutherford’s model, one tiny nucleus bears most of the mass of the atom along with its positive charges and the electrons revolve around it.

Semiconductors are the core fundamental materials which are used in solid-state electronic devices such as transistors, diodes etc. The material’s atomic structure decides whether the material will turn out to be a metal, semiconductor or insulator. Semiconductors could also be elements such as Ge, Si or compounds such as CdS or GaAs.

The faithful transformation of message or information is known as electronic communication which can be available in the form of electrical current or voltage traveling from one point to another.