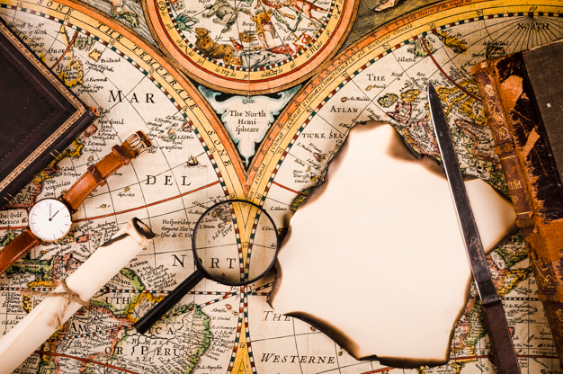 Social Science is a compulsory subject up to the secondary stage of school. The study of Social Science helps students in understanding society and social relationship and very important for the preparation of NTSE,Civil Services and many other competitive exams.CBSE Syllabus for Class 9 Social Science 2020-2021

CBSE syllabus for Class 9 Social Science for academic 2020-2021 is issued by the Board which includes the complete course structure, marks weightage, time duration, assignments and projects.

CBSE Class 9 Political Science is covered in the textbook, Democratic Politics-I and includes topics such as Constitutional Design, Electoral Politics, Democratic Rights and so on, spread across 5 Chapters.

Why do we need a Constitution? How are constitutions drawn up? Who designs them and in what way? What are the values that shape the constitutions in democratic states? Once a constitution is accepted, can we make changes later, as required by the changing conditions? These are some of the basic questions asked in Chapter 2 of CBSE Class 9 Political Science.

In Chapter 3 of Class 9 Civics, you will understand how the representatives are elected. The chapter begins with the topic of why elections are necessary and useful in a democracy. Then it further explains how electoral competition among parties serves the people. The basic idea that this chapter tries to convey is to distinguish democratic elections from non-democratic elections.

In previous chapters, you have studied how people elect their government. However, democracy is not just about people electing their rulers. In this chapter, you will get to know that rulers have to follow some rulers and procedures with and within institutions for running a democratic government. The CBSE Class 9 Political Science Chapter 4 – Working of Institutions begins with the manner in which major decisions are taken and implemented in India. You will come across 3 institutions that play a key role in major decisions i.e, legislature, executive and judiciary.

Elections and institutions need to be combined with a third element – the enjoyment of rights – to make a government democratic. Elected rulers working through the established institutional process must learn not to cross Citizens’ democratic rights.

In the table mentioned below, we have compiled all the CBSE notes for Class 9 History of all the 5 chapters.

In 1789, in the wake of early morning, the city of Paris was in a state of alarm. Rumours spread that the King would open fire upon the citizens. People started gathering and they started breaking a number of government buildings in search of arms. The commander of the Bastille was killed in the armed fight and the prisoners were released. People hated the Bastille as it stood for the despotic power of the king. People protested against the high price of bread. A new chain of events began which led to the execution of the King in France.

Chapter 2: Socialism in Europe and the Russian Revolution

History Chapter 2 – Socialism in Europe and the Russian Revolution talks about the emergence of socialism in Europe. The Russian Revolution changed society differently and raised the question of economic equality and the well-being of workers and peasants. The chapter also includes topics such as the changes initiated by the new Soviet government, industrialisation and mechanisation of agriculture rights of citizens, etc.

Chapter 3: Nazism and the Rise of Hitler

Nazism and the Rise of Hitler Chapter 3 of CBSE Class 9 History discusses the rise of Hitler and the politics of Nazism, the children and women in Nazi Germany, schools and concentration camps. It further highlights the facts related to Nazism and how they denied various minorities a right to live, anti-Jewish feelings, battle against democracy and socialism.

Chapter 4 – Forest Society and Colonialism will take you into the forest. It talks about the growth of industries and urban centres, ships and railways, new demand on the forests for timber and other forest products. Students will also get to learn topics such as new rules of forest use, new ways of organising the forest, colonial control, how forest areas were mapped, trees were classified, and plantations were developed.

Chapter 5: Pastoralists in the Modern World

Pastoralists in the Modern World chapter discusses nomadic pastoralists. Nomads are people who do not live in one place but move from one area to another to earn their living. In this chapter, you also read how pastoralism has been influential in societies like India and Africa, the way colonialism impacted their lives, and how they have coped with the pressures of modern society. The chapter will firstly focus on India and then Africa.

Geography is a subpart of the Class 9 Social Science subject. Scoring marks in Geography is not so difficult if you understand the topics and are able to retain the information.

India is one of the ancient civilisations in the world. It has moved forward, displaying remarkable progress in the field of agriculture, industry, technology and overall economic development. India has also contributed significantly to the making of world history.

India has all major physical features of the earth, i.e., mountains, plains, deserts, plateaus and islands. The land of India displays great physical variation. Geologically, the Peninsular Plateau constitutes one of the ancient land masses on the earth’s surface. The Himalayas and the Northern Plains are the most recent landforms. The northern plains are formed of alluvial deposits.

The term drainage describes the river system of an area. Small streams flowing from different directions come together to form the main river, which ultimately drains into a large water body such as a lake or a sea or an ocean.

In this chapter, you will learn about the atmospheric conditions of India. By going through CBSE Class 9 Geography Chapter 4 on Climate, you will get the answers to many questions such as why do we wear woollens in December or why is it hot and uncomfortable in the month of May and why it rains in June – July?

India is a vast country having different types of bio-forms and is ranked the 12th mega biodiversity country in the world. The country has many plant species, flowering plants, nonflowering plants, species of animals and a rich variety of fish in its fresh and marine waters.

Population is a crucial element in social studies. Human beings are producers and consumers of the earth’s resources. People have invented technology and made natural resources useful to them. For example, coal was a piece of rock until people invented technology and made it a ‘resource’. It is important to know how many people are there in a country, where they live, how and why their numbers are increasing and what are their characteristics.

The study of Economics helps people to understand the world around them. It enables people to recognise businesses, markets and governments, and therefore better respond to the threats and opportunities that emerge when things change. For Class 9 students, Economics is an important subject which needs a proper understanding of the concepts.

Chapter 1: The Story of Village Palampur

An introduction to some basic concepts related to production through a hypothetical village called Palampur where farming is the main activity. The village also has several other activities such as small scale manufacturing, dairy, transport, etc, carried out on a limited scale.

Palampur is fairly connected with a well-developed system of roads, transport, electricity, irrigation, schools and health centres. The story of Palampur takes us through the different types of production activities in the village. In India, farming is the main production activity across villages.

People as Resource is a way of referring to a country’s working people in terms of their existing productive skills and abilities. Like other resources, the population is also considered as a human resource. When the existing ‘human resource’ is further developed by becoming more educated and healthy, it is called human capital formation. Investment in human capital (through education, training, medical care) yields a return just like investment in physical capital.

Human capital is superior to other resources like land and physical capital. Total productivity adds to the growth of the economy. Investment in human resource (via education and medical care) can give high rates of return in future. Countries, like Japan, have invested in human resources.

Chapter 3: Poverty as a Challenge

Poverty is one of the formidable challenges faced by independent India. Chapter 3 of Class 9 Economics discusses the problem of poverty through examples and the way poverty is seen in social sciences. Poverty trends in India and the world are illustrated through the concept of the poverty line. Causes of poverty, as well as anti-poverty measures taken by the government, are also discussed. The chapter ends with broadening the official concept of poverty into human poverty.

Food Security is the ability to assure, on a long term basis, that the system provides the total population access to a timely, reliable and nutritionally adequate supply of food. CBSE Class 9 Chapter 4 – Food Security in India of Economics talks about topics related to the importance of food security, people who are insecure, initiative taken by the government to tackle food insecurity, etc. By reading this chapter, students of Class 9 will get an idea of how our country deals with food insecurity.

CBSE Notes for Class 9 History Free Download for All Chapters

CBSE Notes for Class 9 Geography Free Download for All Chapters