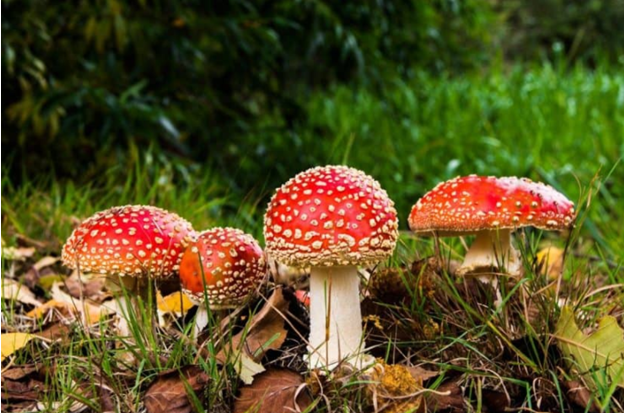 CBSE class 11 biology notes introduces a variety of important topics like living world, biological classification, the structural organization in plants and animals, more about the cell, cell division, biomolecules, plant physiology, human physiology etc. A proper understanding of the fundamental is extremely crucial since the concepts of these chapters are required in higher classes to understand complicated topics easily CBSE Class 11 Biology Syllabus.

We do know that all living organisms reproduce, grow and metabolize. But when we look at the microscopic realm, the actual definition of life is rather blurred. For instance, viruses are basically a nucleic acid that is protected by a protein coat. They exhibit no typical characteristics of living organisms such as reproduction, until and unless it is inside a host.

Kingdom Plantae or the plant kingdom is the taxonomic rank that includes algae, bryophytes, pteridophytes, gymnosperms and angiosperms. The very first land plants appeared roughly 470 million years ago, and over the aeons, a spectacular number of plant biodiversity has evolved.

The animal kingdom is one of the kingdoms among the Five-Kingdom Scheme of classification proposed by R.H. Whittaker.  Animal kingdom comprises multicellular eukaryotic organisms that do not possess a cell wall.

Morphology is the branch of Science, which mainly deals with the external structure and features of the living system. It is basically about the study of forms, morphological characteristics and relative positions of different parts of plants.

Plants play a major role in our life. Without plants, there would be no more life existing on planet earth. Plants provide many products for human use- air to breathe,  food to eat,  shelter, fabrics to cover our body,  medicines, timbers and many products. There are around three lakh identified plant species and this list is still increasing.

The human body comprises billions of cells performing a multitude of functions. In multicellular entities, a group of similar cells along with intercellular substances perform a particular function, which is termed as a tissue. These tissues form organs which in turn form the organ system.

Chapter 8 – Cell: The Unit of Life

A cell is defined as the most basic, structural and functional unit of all living organisms. Essentially, a cell is a structure that contains organelles which provide necessary functions to sustain itself. However, not all cells are the same.

The topic of biomolecules in class 11 biology mainly explains the different types of biomolecules and their importance in living organisms. This topic is not only important for the class 11 exam but also for competitive exams.

All the carbon-based compounds that are found in or produced by organisms and are essential to a biological process are called biomolecules. Examples of biomolecules include proteins, lipids, carbohydrates and nucleic acids. Even molecules such as metabolites (primary and secondary) are considered as biomolecules.

It is a universally accepted fact that the cell is the most basic, structural and functional unit of life. A cell could be an individual organism by itself (such as an amoeba) or the cells could be a part of a larger organism (such as a cat). But how does this fundamental unit multiply for growth or repair? And what happens when the mechanisms that control the division of cells fail?

Transportation is the process of movement of water and minerals to all parts of the plant body. Plants have a specialized system that enables them to distribute water and nutrients throughout their body. They use several processes such as translocation, absorption, storage and utilization of water.

All living organisms require macromolecules such as carbohydrates, fats, proteins, water and minerals for growth and development. The important elements required in mineral nutrition include:

These nutrients are required by the plants in large quantities. These include carbon, hydrogen, nitrogen, oxygen, phosphorus, sulphur, potassium, etc.

These nutrients are required by the plants in small quantities. These include iron, copper, manganese, molybdenum, chlorine, etc.

Photosynthesis is a process by which plants create their own food by using sunlight. This process was first seen more than 3.4 billion years ago in organisms that were similar to bacteria. Evidence showed that they did not absorb visible light, instead, they used near-infrared and produced sulphur or sulphate compounds. It would be another 470 million years until the first land plants emerged.

Plants perform photosynthesis to create sugars (such as glucose), this, along with oxygen is used to produce energy which is used in the plant’s growth. This process of respiration is essentially the process of photosynthesis but in reverse.

Growth is defined as an irreversible change in physical form. In plants, a combination of cell growth and cell division results in an almost indefinite growth. This ability is due to the presence of tissues called meristems at certain parts of the plant body.

Digestion is the process of breaking large, insoluble food molecules into smaller molecules for absorption into the bloodstream.  Digestion begins in the mouth and continues as food travels through the small intestine.

Chapter 17 – Breathing and Exchange of Gases

Respiration is a metabolic process, which is carried out by all living organisms including plants, animals, and humans for the production of energy and to stay alive.  Except for obligate anaerobes, every other organism from amoeba to humans need oxygen to survive. And evolution has charted a number of systems which enable the exchange of gases in organisms.

There are two types of respiration:

All life on earth needs sustenance to survive, furthermore, life has evolved various mechanisms that facilitate this transport of materials. Organisms like the sponge use the water currents to circulate water and nutrients throughout their body cavities, enabling the cells to exchange materials. More complex organisms such as humans have specialized systems that transport nutrients to the body and waste materials away from it.

Chapter 19 – Excretory Products and their Elimination

Excretory Products and their elimination class, break down the concept of how living organisms discharge their waste products. All living organisms need a source of sustenance, and consequently, undigested materials and metabolic wastes need to be expelled from the body. Because if these materials are accumulated in the body, it can be detrimental to the health of the organism.

Locomotion is referred to as the voluntary movement performed by animals. The method varies depending upon the habitat and demand of the situation. Typically, locomotion is carried out in search of shelter, food, mate, suitable climatic conditions, breeding grounds, escaping from predators.

The process through which two or more organs interact and complement the functions of one another is termed as coordination. The neural system and the endocrine system coordinates and integrates all activities of the body so that they function in a synchronized fashion. While the neural system provides an organized network of point-to-point connections for rapid coordination, the endocrine system renders a chemical integration through hormones.

Chemical coordination and integration are primarily done by the endocrine glands, which secrete various hormones that regulate different body functions. In the animal kingdom, vertebrates have more complex and advanced endocrine systems when compared to invertebrates. Plants do not possess these glands, however, they do secrete plant hormones that control various functions.