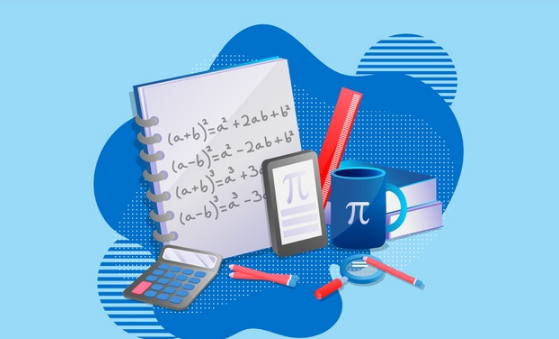 The Syllabus is a very important means for the students that counts into exam preparation. It provides brief information on the topics that students will study in Maths subject.

Students can get the complete NCERT Syllabus for Class 11 Maths in PDF format for free downloading by clicking on the link below. The Syllabus has also provided the number of periods required for completing a particular unit.

Have a look at the table below. Here chapters have been categorised in separate units.

Sets, in mathematics, are an organized collection of objects and can be represented in set-builder form or roster form. Usually, sets are represented in curly braces {}, for example, A = {1,2,3,4} is a set.

Mathematical induction is a specialized form of working on different cases and coming up with observations. Induction is the compilation from a particular set of facts. This method is used to determine a wide range of statements in which we analyze the legitness of the case. The set should be denumerable in order for mathematical induction to work with an infinite set, meaning that it should have a one-to-one correspondence between the elements of the set in question and the set of positive integers.

In simple terms, this method expresses the set in the form an implied list of discrete elements such as {1, 2, 3, 4, …}.

The symbols which represent inequalities are:

Permutation and combination are the ways to represent a group of objects by selecting them in a set and forming subsets. It defines the various ways to arrange a certain group of data. When we select the data or objects from a certain group, it is said to be permutations, whereas the order in which they are represented is called combination. Both concepts are very important in Mathematics.

In Sequences and Series class 11 chapter 9 deals with the study of sequences which follow a specific pattern called progression. In this chapter, the concepts such as arithmetic progression (A.P),  geometric mean, arithmetic mean, the relationship between A.M. and G.M., special series in forms of the sum to n terms of consecutive natural numbers, sum to n terms of squares and cubes of natural numbers will also be studied.

In straight lines class 11, the basic concepts of lines such as slopes, angle between two lines, various forms of lines, the distance between lines are given in detail.

A straight line is defined as a line traced by a point travelling in a constant direction with zero curvature. In other words, the shortest distance between two points is called a straight line.

Conic sections are one of the important topics in Geometry. A curve, generated by intersecting a right circular cone with a plane is termed as ‘conic’. It has distinguished properties in Euclidean geometry. The vertex of the cone divides it into two nappes referred to as the upper nappe and the lower nappe.

l is called the limit of the function f(x) if the equation is given as x → a, f(x) → l, and this is symbolically written for all the limits, the function should assume at a given point x = a. x could approach a number in two ways, either from the left or from the right, i.e., all the values of x near a could be greater than a or could be less than a.

In mathematics, there are two different kinds of reasoning :

Logic is the study that is done with the method of reasoning. Along with proving the theorem, it provides us with the rules for determining the validity of a given argument.

Probability denotes the possibility of the outcome of any random event. The meaning of this term is to check the extent to which any event is likely to happen. For example, when we flip a coin in the air, what is the possibility of getting a head? The answer to this question is based on the number of possible outcomes. Here the possibility is either head or tail will be the outcome. So, the probability of a head to come as a result is 1/2.