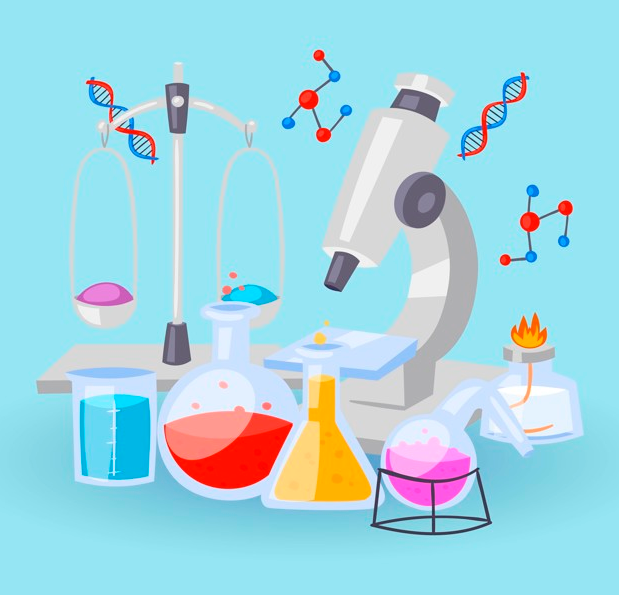 Class 12 is the most challenging academic year for students wherein the efforts and dedication put in by students determines their bright future. Naturally, if the stakes are so high, the pressure would be at its peak given the level of competition out there. JEE Main Chemistry Syllabus Class 12

Solids have definite volume, shape, and mass due to the short distance between the fixed position of particles and strong interactions between them.

A solution comprises a solute and a solvent. It is defined as a homogeneous mixture of two or more than two substances. They can be classified into three types:

Molarity, mole fraction, percentages, and molality are the terms used to express the concentration of a solution.

The event of attracting and keeping the molecule of a substance on the surface of a solid is called adsorption. This results in an increased concentration on the surface than in the bulk. The expanse of adsorption of a gas on a solid material depends on the following factors:

Chapter 6 – General Principles and Processes of Isolation of Elements

Metals are essential for different purposes. Therefore extracting them from the mineral resource in a commercially feasible way is important. The minerals in which the metal is present and extracted are called ores. Usually, the ores contain impurities which can be removed to a certain limit in the concentration steps. After this step, the ore is chemically treated to obtain metals. With the help of reducing agents such as CO, carbon, etc. the metal compound is reduced to metal.

The middle layer of the periodic table is filled with d block elements. The inner d orbits of group 3 to group 13 are filled progressively. On the other hand, f block elements are found outside at the bottom of the periodic table. In these elements, 5f and 4f orbitals are filled progressively. Three series of transition elements are recognized by the filling of 3d, 4d, 5d orbitals. They have a high boiling and melting point. The metallic properties exhibited by the transition elements are

Coordination compounds is a challenging area in modern inorganic chemistry. Due to the advancement in this area new concepts such as models of bonding, molecular structure, important insights on the functioning of complex components of the biological system, etc. have been developed.

Ethers are classified based on the group attached to an oxygen atom. Phenols and alcohols are categorized based on two factors:

Some important organic compounds containing carbonyl groups are carboxylic acids, aldehydes, and ketones. These molecules are highly polar and hence have high boiling temperatures when compared to hydrocarbons as well as weak polar compounds such as ethers of comparable molecular masses. The lower embers form hydrogen bonds with water and therefore are highly water-soluble. On the other hand, higher members have a big hydrophobic carbon chain and are insoluble in water. Method of preparing aldehyde is by controlled oxidation of primary alcohols or dehydrogenation and cautious or controlled reduction of acyl halides.

Amines are derived from ammonia acquired by replacing hydrogen atoms in aryl or with alkyl groups. When one hydrogen atom is replaced it gives rise to a primary amine. The structure of secondary amines is given by R2NH or R-NHR′ whereas tertiary amines are characterized by RNR′R′′ or R2NR′ or R3N. If the aryl or alkyl group of tertiary and secondary amines are the same they are called simple amines, but if they are attached to different groups they are called mixed amines. Amines have one unshared electron pair on the nitrogen atom, therefore, they behave as Lewis bases. They are formed from halides, amides, nitro compounds or imides.

Carbohydrates are classified into three groups viz monosaccharides, disaccharides, polysaccharides. Glucose is obtained by the digestion of starch. Polysaccharides and disaccharides are formed by the monosaccharides connected with glycosidic linkages between them. Proteins are a chain of twenty different α-amino acids which are linked by peptide bonds. Around ten amino acids cannot be synthesized by our body and must be consumed through diet. These are called essential amino acids. Certain dynamic and structural functions are carried out by protein. Proteins are classified as simple proteins, and secondary or tertiary. Simple proteins are the proteins containing only α-amino acids. Whenever there is a change in PH or temperature the secondary and tertiary proteins get disturbed and are unable to carry out their function. This is known as denaturation of the protein. Enzymes increase the rate of a chemical reaction and are very selective and specific in their action. Chemically every enzyme is a protein.

Polymers are derived from monomers which consist of repeating structural units of high molecular mass macromolecules. They may occur in natural or synthetic form and are classified in many ways such as based on origin, structure, etc.

The study of materials, as well as the evolution of new materials for the betterment of humanity, is called Chemistry. A drug is defined as a chemical agent which will affect human metabolism to cure the illness. If the intake of the dose is higher than the recommended dose, then it can be poisonous. Chemotherapy is the use of chemicals for therapeutic effect. Drugs interact with target molecules i.e biological macromolecules such as carbohydrates, lipids, nucleic acids, and proteins. Drugs are designed in such a way that they interact with specific targets only to minimize the side effects. Releasing mental stress, destroying microbes/arresting microbes, preventing the body from infectious diseases, etc. is taken care of by drug chemistry.