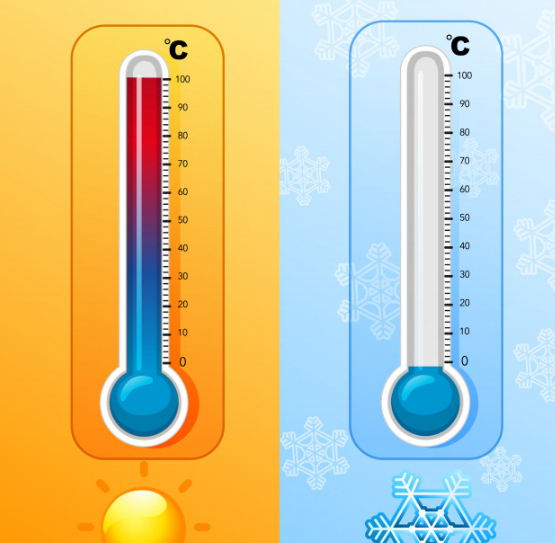 Learn from School Connect Online in this chapter we will learn about heat where heat is a form of energy which makes the substance hot. In winter, it is our common experience that we feel cold inside the house and if we come out in front of sun rays, then we feel warm.Heat Class 7 Notes Science Chapter 4

The different topics covered in CBSE Class 7 Science Chapter 4 are tabulated below:

It is measured by using an instrument called a thermometer, which has a scale marked on it which is used to read the temperature, e.g. the scale in laboratory thermometer is marked along the length of the thermometer’s tube between 0° mark and 100° mark into 100 equal divisions. So, each division is called a degree. The temperature of an object should always be stated with its unit. So, the most common unit for measuring temperature is degree Celsius (°C).

A device which is used for measuring the temperature in a science laboratory is called a laboratory thermometer.

Heat flows from a hot object to a cold object or heat flows from an object at the higher temperature to another object which is at a lower temperature. This flow of heat is known as the transfer of heat, e.g. if you dip a steel spoon into a cup of hot tea, then we will find that the temperature of the spoon rises and it becomes hot. In this case, some of the heat contained in hot tea has been transferred to a spoon which is placed inside it.

There are three ways through which heat can be transferred from a hot object to a cold object.

Ex. 4.5 – Kinds of Clothes we wear in summer and winter

In the winters, we use woollen clothes. Wool is a poor conductor of heat. Moreover, there is air trapped in between the wool fibres. This air prevents the flow of heat from our body to the cold surroundings. So, we feel warm.